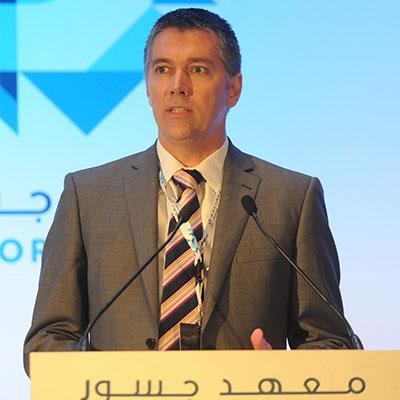 Chris is a qualified engineer and Managing Director of MI Associates who has over 20 years experience managing projects across a broad range of industries, with the last 14 years working within the Major Event environment.He was involved in project managing the technology and infrastructure aspects for the Sydney 2000 Olympic and Paralympic Games and also the Salt Lake Olympic Winter Games of 2002. As a Director of MI Associates Chris has been involved in a number of varied roles including developing the technical aspects of the successful London 2012 Olympic Games Bid and he was one of three technical writers for Football Federation Australia for their Official Bid to FIFA to host the 2022 FIFA World Cup.

In 2011 Chris completed his ongoing role as Strategic Advisor and Project Director for Rugby New Zealand 2011 for the planning and delivery of the 2011 Rugby World Cup. Through his experience in the delivery requirements of Major Events Chris has provided event advisory services for the SOCHI 2014 Winter Olympic Games, 2008 Rugby League World Cup, Rio 2007 Pan American Games and Doha 2006 Asian Games. Chris is currently leading MI Associates’ involvement with the Sydney Cricket and Sports Ground Trust for the delivery of a long term redevelopment Master Plan and is working with one of Australia largest sporting stadiums on the design and implementation of a hi-density Wi-Fi solution to provide coverage throughout the stadium.