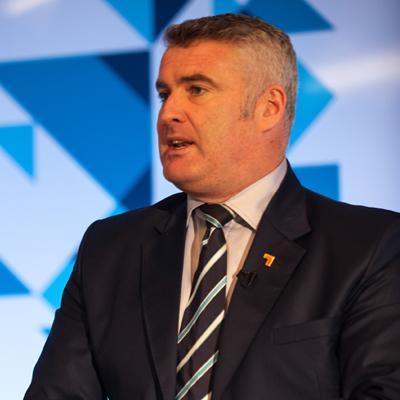 Before moving to Qatar, Williams shared his time between presenting S4C's nightly magazine show 'Heno' and Aljazeera Sport's football and rugby coverage. Rhodri has 24 years’ experience in the business and is one of the most versatile broadcasters working today.

During his career he spent eight years as an anchor with Sky Sports, anchoring their Sports News Service, International Rugby Union and International Football. He was a member of the launch team of Channel 5 and before that Live TV, Britain's first 24 hour cable channel.

Williams has his own show on BBC Radio Cymru. He was a regular presenter for Talksport Radio for four years. Williams has spent many years supporting Save The Children, SPARKS and The NSPCC and has raised money for many other charities by completing four marathons and hosting charity auctions.