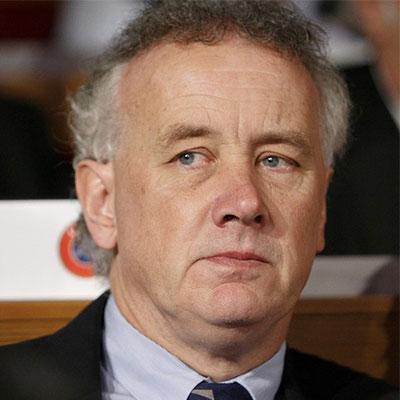 Rick trained as a Chartered Accountant in Liverpool and, after three years working in the leisure industry, became a management consultant in the Manchester office of Arthur

His most interesting assignment, which spanned five years, including two on full time secondment, was Manchester’s bid for the 1996 Olympic Games. Whilst Manchester didn’t get the Games, the bidding process helped to put the city on the sporting map and led to the creation of world-class facilities - including the Etihad Stadium.

In late 1990 Rick was approached by The Football Association to study the feasibility of restructuring professional soccer in England. A three-month exercise resulted in the recommendation to form the FA Premier League. The recommendation quickly found favour with the top professional clubs and in May 1991 Rick was asked to become the first Chief Executive of the fledgling league.

The most notable early achievements were devising the formula for the sharing of TV revenues amongst clubs - a formula which is unchanged after 20 years - and negotiating the league’s first TV contracts. Highly controversial at the time, these saw live matches covered exclusively on Pay TV (supported by a comprehensive highlights package on terrestrial TV), and a threefold increase in the number of live matches broadcast. This pattern has also survived for 20 years and has just seen the Premier League attract its first billion pound per season deal.

Whilst it was television that grabbed the headlines, Rick gained most satisfaction from the work he did to transform the development of young players. In 1992, professional clubs were only allowed to coach young players for an hour each week but by the time Rick left the Premier League in 1997, every club was investing in the creation of new academies.

In 1997 Rick decided to leave the Premier League and join the club he had supported since birth - Liverpool. In the nine years Rick was Chief Executive the Club won ten trophies including the UEFA Champions League, secured in Istanbul in 2005 in one of the most memorable finals ever. In February 2009, following a memorable victory over Real Madrid in the Champions League, the club was officially ranked number one in Europe by UEFA. In 2008 Rick was elected to the Board of the European Club Association.

Rick led the negotiations with ITV in 1999 which saw the broadcaster acquire a 9.9% stake in the club and, subsequently, take a 50% stake in the club’s new media business. Since leaving Liverpool in 2009, Rick has carried out a variety of football-related consultancy projects in Saudi Arabia, Qatar, the UAE, the US and Mexico. He brought Saudi investment into the New York Cosmos, where he now sits on the board.

He has also carried out two major sports-related assignments for the UK Government. In 2009 he chaired the Sports Betting Integrity Panel and in 2011 he acted as a special advisor to the Culture, Media and Sport Select Committee on its inquiry into football governance.Rick devotes a significant amount of time to the University of Liverpool, serving on the Foundation Leadership Team and the Management School Advisory Board. He contributes regularly to the Football Industry MBA course. In 2008 the University awarded Rick an honorary doctorate for his services to the City of Liverpool.